SHARE
Contents
1. Synopsis of Evenings on a Farm Near Dikanka 2. Story Summary

Evenings on a Farm Near Dikanka by Nikolai Gogol

Evenings on a Farm Near Dikanka is an anthology of short stories by Ukrainian author Nikolai Gogol. The anthology comprises eight short stories written from 1829 to 1832 and published throughout various magazines until their compilation. The stories all take place in Dykanka, Ukraine, a small village in the center of Ukraine.

1. Synopsis of Evenings on a Farm Near Dikanka

Set in Dykanka, Ukraine, Gogol’s short stories reflect his childhood and adolescence growing up in the Ukrainian countryside, with one of the stories, The Fair at Sorochyntsi, taking place in the town of Sorochyntsi, the very same one that Gogol himself lived in. The stories mainly feature peasant characters and farm life, incorporating many aspects of Ukrainian countryside life, customs, superstitions, old wives’ tales, and Gogol’s perspectives. Evenings on a Farm in Dikanka is separated into two volumes, each with four short stories.

2.1. The Fair at Sorochyntsi

“The Fair at Sorochyntsi” follows a family of three to a fair in a small Ukrainian village named Sorochyntsi. Their relatively peaceful and uneventful life takes a turn when a young cossack male requests the young daughter’s hand in marriage, and a demon enters the mix. Gogol blends the absurd, humor, and romance in this macabre tale.

More information about “The Fair at Sorochyntsi.”

“St. John’s Eve” is about a couple named Petro and Pidorka, separated by Pidorka’s father, who disapproves of Petro. Petro meets a villager rumored to be the devil and strikes a deal with this villager so that he and Pidorka can be together. Petro commits an unspeakable atrocity, and while he eventually succeeds in marrying Pidorka, he has no recollection of what he did to obtain her hand in marriage. This gap in his memories torments him. A bloody, fantastical and morbid tale, “St. John’s Eve” is one of Gogol’s darkest stories.

2.3. May Night, or The Drowned Maiden

A young cossack named Levko is in love with a beautiful girl named Hanna. During a walk with her, they come across an old hut, and Levko tells Hanna a story about the place. The tale centers around a young girl whose stepmother was a witch. The girl eventually drowns herself in a nearby pond when her father falls out with her due to the witch’s influence, and she becomes the ruler of other spirits who have drowned in the pond as well.

More information about “May Night, or The Drowned Maiden.”

“The Lost Letter” is told by a jovial narrator named Foma, who relates a story about his grandfather’s fantastical journey through Hell. Foma’s grandfather seeks to recover a letter that has been stolen from him, and his journey takes him through Hell.

More information about “The Lost Letter.”

2.5. The Night Before Christmas

On a snowy Christmas Eve night in Dikanka, the devil soars through the sky as it is on this day and time that he is given the freedom to roam and torment people. He settles on a painter who often paints religious art in the church as his victim for the night.

More information about “The Night Before Christmas.”

The couple Danilo and Katerina attend a cossack’s son’s wedding in Kiev. The cossack who they are acquainted with is named Yesaul Gorobet. When they return from the wedding, Katerina’s father is furious at how late they have returned, and a series of dramatic and life-threatening events ensue in the wake of this tension.

More information about “A Terrible Vengeance.”

2.7. Ivan Fyodorovich Shponka and His Aunt

Ivan Shponka is a young but not-so-bright man who tries his best in all his life’s endeavors. However, he one day receives a notice from his aunt asking him to return home and take up his birthright as the master of his family’s farm.

More information about “Ivan Fyodorovich Shponka and His Aunt.”

Narrated by Foma from “The Lost Letter” once again, “A Bewitched Place” follows Foma’s grandfather and his comical encounters with the devil in his garden.

More information about “A Bewitched Place.” 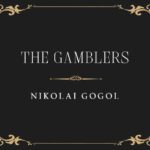 The Gamblers
Next Article 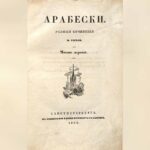 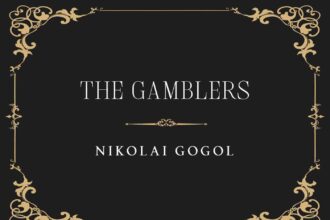