How the Two Ivans Quarrelled by Nikolai Gogol

It was first published in 1835 in his short story collection Mirgorod. “How the Two Ivans Quarrelled” revolves around two close friends, Ivan Ivanovich and Ivan Nikiforovich, who fall out over a petty quarrel. It is set in the Ukrainian town of Mirgorod. Mirgorod is the Russian pronunciation of Myrrhorod, which ironically means ‘city of peace’ in the context of this story.

One day, Ivan Ivanovich is sitting on his porch when he notices his neighbor’s servant hanging some clothes and military implements out to dry. Among them is a Turkish rifle that appeals to him. He goes to Ivan Nikiforovich’s house and offers to trade a brown sow and two sacks of oats for the rifle. However, Ivan Nikiforovich refuses the offer and calls Ivan Ivanovich a goose, which enrages him and causes the two friends to fall out.

Because of this, a new petition is filed. But the legal case between the two Ivans is archived, and no progress has been made. Sometime later, the police chief holds a party which Ivan Ivanovich attends, but Ivan Nikiforovich does not, as neither Ivan will go anywhere where the other is present. The party guests come up with the idea of helping the two Ivans make amends and send Anton Prokofievich to invite Ivan Nikiforovich to the party.

Many years later, the narrator visits Mirgorod and meets the two Ivans again. Both are convinced that the court will soon settle the legal case in their favor. The narrator leaves dejected, remarking, “It is a depressing world, gentlemen!” 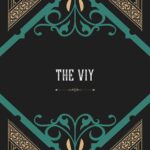 The Viy
Next Article 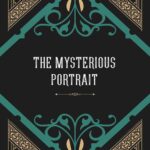