Shirley, A Tale by Charlotte Brontë

Shirley, A Tale is an 1849 novel by Charlotte Brontë which was first published under her pen name, Currer Bell. The story of Shirley is set in Charlotte’s native Yorkshire from 1811 to 1812 during an economic depression caused by the Napoleonic Wars and the War of 1812. It also takes place against the backdrop of the Luddite uprisings, in which textile workers attacked machines that threatened their livelihoods. The novel popularized Shirley as a female name, whereas it had been a rare but distinctly male name before. Shirley Keeldar, the titular heroine, was given a name that her father wanted to give a son.

Shirley revolves around the lives of two women born into very different circumstances during the Industrial Revolution. Caroline Helstone is a poor orphan who lives with her uncle and dreams of freedom. Her best friend, Shirley Keeldar, is a lively heiress who is engaged in business and enjoys financial independence. They both become involved with a mill owner, Robert Moore, who has laid off many of his workers to keep his business afloat. Through their stories, Shirley explores gender and class divides during a turbulent era, shedding light on how they affected the lives of ordinary people.

Robert Moore, a mill owner, dreams of reviving his family’s trading company. His mill is deeply in debt, forcing him to lay off many of his workers. Due to the wars with Napoleon and in North America, England is deep in an economic depression and unemployment is rampant in the country. The introduction of textile machines has only added to the unemployment crisis.

As the novel opens, Robert is awaiting the arrival of new machinery that will allow him to lay off even more workers. These machines are destroyed by ‘frame-breakers’ or Luddites who fear that human workers will be replaced in the textile industry.

Robert enjoys a close relationship with his distant cousin, Caroline Helstone, a seventeen-year-old orphan girl who lives with her uncle, the Reverend Matthewson Helstone. Caroline often comes to the Moores’ home to receive French lessons from Robert’s elder sister, Hortense. Caroline is concerned about Robert as she knows of his business difficulties. She believes that he should show compassion towards his workers to earn their respect.

Caroline is also in love with Robert, but he does not reciprocate her feelings as he thinks that he cannot afford to marry for love. Reverend Helstone is aware of his niece’s affection for Robert but disapproves of her marrying him. Trapped and financially dependent on her uncle, Caroline desires to attain freedom by working as a governess. However, her uncle refuses to let her work, as he believes that her proper place is in the home.

The cloth factory that Robert Moore rents and the house he lives in belong to the Keeldar family. Shirley Keeldar, the orphaned heiress of the Keeldar family returns to her estate together with Mrs. Pryor, her former governess. Shirley is a lively, intelligent woman who wants to use her wealth to benefit society. Engaged in business and investment, she enjoys a high degree of financial independence.

She meets Caroline and the two young women become close friends as they share the same opinions and tastes. At the same time, Shirley grows close to Robert Moore and Caroline becomes depressed as she believes that he will marry her.

After the workers who smashed Robert’s new machinery are sentenced to penal servitude, he tells Shirley that he fears retaliation. Worried about his safety and sympathizing with the impoverished laid-off workers, Shirley decides to set up a fund to help the needy.

One night, Rev. Helstone asks Shirley to stay at his house. A mob approaches Helstone’s house that night. Shirley and Caroline hear the rioters talking about entering the house but thankfully, they decide to leave Rev. Helstone alone and head for Moore’s cloth factory.

Shirley and Caroline go to the factory to warn Robert about the rioters but by then, they have already started the attack. Shirley sends food and medicine to support the defenders and the rioters eventually lose and retreat. Afterward, Mr. York, a local landowner who is a friend of Robert blames him for the attack, saying that he should have been more strict with his workers.

Caroline falls ill from despair as she believes that Robert will soon marry Shirley. Mrs. Pryor looks after her and reveals that she is Caroline’s mother. Mrs. Pryor’s husband was cruel to her, and she abandoned Caroline because she resembled him. To leave her unhappy marriage behind, she left Caroline in the care of her brother-in-law and went off to work as a governess. Caroline is overjoyed to discover that she still has family in this world and quickly recovers.

Shirley’s uncle and aunt visit her with their children, bringing with them their son’s tutor, Louis Moore. Louis is Robert’s younger brother and taught Shirley in the past. Caroline is confused by Shirley’s cold and arrogant attitude towards Louis. When a mad dog bites Shirley, she believes that she will die soon and makes a will. During this fearful time, the only person she can confide in is Louis. Louis confesses that he has feelings for her, but acknowledges that they are separated by Shirley’s wealth and social status.

Robert returns from London and rides home with his friend, Mr. York. Mr. York asks him why he left when it seemed as though Shirley was in love with him. Robert replies that he used to believe that Shirley loved him, but when he proposed to her, she rejected him. She knew that he did not love her and only wanted to marry her for her wealth which would solve his financial troubles. Robert tells Mr. York that he now wants to close the mill if necessary and make his fortune abroad. As Robert is telling him this story, Mr. York hears a gunshot and sees Robert fall off his horse.

Mr. York takes the injured Robert to his house, and from Mr. York’s son, Caroline learns that Robert has been shot. When she visits Robert secretly, he tells her that he did not love Shirley and proposes to Caroline.

Shirley rejects a proposal from a wealthy man, Sir Philip, upsetting her relatives. She explains to them that she will only marry the man she loves. Despite the difference in their social position, Louis proposes to Shirley and she accepts. At the end of the novel, Shirley marries Louis and Caroline marries Robert.

Shirley Keeldar – An independent and ambitious heiress who is very active in business and wants to help others with her wealth. She becomes a close friend of Caroline despite the vast difference in their natures and social position.

Caroline Helstone – A shy, reserved orphan girl who lives with her uncle. She is in love with Robert Moore but her uncle does not approve of her being with him. She wants to work as a governess to achieve independence.

Robert Gérard Moore – A mill owner who is facing financial difficulties because of the war. He is determined to revive his family’s trading company. Headstrong and ruthless, he is willing to lay off many of his workers to keep his business going. However, underneath his harsh exterior, he has a kind heart.

Louis Gérard Moore – Robert’s brother and Shirley’s former tutor. A quiet and intelligent person, he is a loyal confidante for Shirley, who he is in love with. He is employed as a tutor for the son of Mr. Simpson, Shirley’s uncle.

Rev. Matthewson Helstone – Caroline’s uncle and a local clergyman. He is skeptical of marriage and believes that women should remain alone. In conflicts between workers and mill owners, he supports the latter.

Hortense Gérard Moore – Robert and Louis’s sister. She teaches French and Caroline comes to the Moores’ home to receive lessons from her. As she is unmarried, she lives with her brother Robert and helps him keep the house in order.

Mrs. Pryor – Shirley’s friend and former governess. She befriends Caroline and while nursing her through a serious illness, reveals to her that she is her long-lost mother.

Mr. York – Robert’s friend and a local landowner. He has a grudge against Rev. Helstone for marrying a woman he loved.

Sir Philip Nunnely – A wealthy man who often writes bad poetry. He proposes to Shirley but is rejected.

Mr. Simpson – Shirley’s uncle, a domineering man who tries to control her and pressure her to marry a wealthy suitor.

The Misses Simpson – The daughters of Mr. and Mrs. Simpson. They are elegant and proper young ladies.

Henry Simpson – The invalid son of Mr. and Mrs. Simpson. He is Louis’s student.

Unlike her first published novel, Jane Eyre, which has a first-person narrator, Shirley is written from the perspective of a third-person omniscient narrator. For Villette, Charlotte Brontë returned to writing from a first-person perspective. In Shirley, Charlotte Brontë also shows her familiarity with the Yorkshire dialect through the dialogue of the working-class characters.

Shirley was adapted into a silent film in 1922, starring Carlotta Breese as the titular heroine and directed by Albert Victor Bramble.

In 2014, Shirley was adapted into a radio series broadcast by BBC Radio 4. The radio series was narrated by Lesley Sharp, and starred Jemima Rooper as Shirley and Joanne Froggatt as Caroline.

“If men could see us as we really are, they would be a little amazed; but the cleverest, the acutest men are often under an illusion about women: they do not read them in a true light: they misapprehend them, both for good and evil: their good woman is a queer thing, half doll, half angel; their bad woman almost always a fiend.”

“Every joy that life gives must be earned ere it be secured; and how hardly earned, those only know who have wrestled for great prizes. The heart’s blood must gem with red beads the brow of the combatant, before the wreath of victory rustles over it.”

“Gratitude is a divine emotion. It fills the heart, not to bursting; it warms it, but not to fever. I like to taste leisurely of bliss. Devoured in haste, I do not know its flavor.”

“Whether truth–be it religious or moral truth–speak eloquently and in well-chosen language or not, its voice should be heard with reverence.”

“Endurance over-goaded, stretched the hand of fraternity to sedition.” 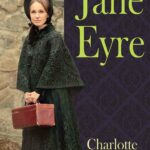 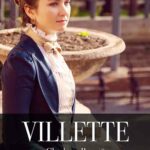