“The Baby Party” is a short story by F. Scott Fitzgerald and published in Hearst’s International Cosmopolitan in 1925. It was then published in All the Sad Young Men the following year. “The Baby Party” was written as a means for Fitzgerald to support himself financially while The Great Gatsby was undergoing its final stages of publication.

“The Baby Party” follows John and Edith Andros, parents to a toddler named Ede. While parenting seems fun initially, John soon realizes it is not all fun and games. Things become more interesting when Ede receives an invitation to a party.

The story opens with an introduction to our 38-year-old protagonist John, and his two-and-a-half-year-old daughter Ede. John experiences moderate affection toward his daughter, seeing her as a symbol of his lineage and bloodline. However, John’s age has caught up with him, and he feels fatigued from a rough childhood loaded with many struggles. Taking care of Ede puts a strain on him due to the behavior required of him. John’s temper often gets the better, and he displays aggressive behavior regularly.

When a party invitation for Ede arrives, John unwillingly goes as Ede’s guardian and chaperone. The father and daughter arrive at the birthday boy, Billy Markey’s house. The party goes along without a hitch. In fact, the orderly manner in which the children behave unsettles the adults. They dance in pairs and groups of three, getting along despite minor disagreements. On the other hand, the parents sit at the side and compare their children, behaving aggressively and childishly.

Trouble erupts when Ede sees Billy’s teddy bear, which she likes. Having observed her father’s aggressive temperament, she takes after him and shoves Billy a few times to get his teddy bear. Billy fights back, and upon seeing this, John’s protectiveness over his daughter flares, and he becomes aggressive toward Billy.

Billy’s father, Joe Markey, feels provoked. John and Billy then proceed to have a duel in the snow to protect the honor of their children. However, the two soon realize their childishness and proceed to make up, with Joe even inviting John to his house to wash up.

In “The Baby Party,” we see an irony in terms of the maturity of the children and adults. The adults like John and Joe behave childishly, unable to control their temper. The children, such as Ede, on the other hand, can conduct themselves relatively well, knowing how to regulate their emotions.

What is the message of The Baby Party?

The message of “The Baby Party” is that in life, adults are often more emotional and temperamental than we expect, while children can be more level-headed than we give them credit for. 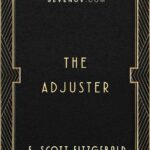 The Adjuster
Next Article 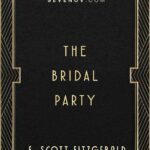