The Carriage by Nikolai Gogol

“The Carriage,” also known as “The Coach” or “The Calash” (Коляска, translit. Koyalska), is a short story by Nikolai Gogol. First published in 1836, it is one of his shortest works.  After reading the story, the playwright Anton Chekhov remarked, “What an artist he is! His ‘Carriage’ alone is worth two hundred thousand rubles. Sheer delight, nothing less.” The story centers on Chertokutsky, a landowner and former cavalry officer who brags about a magnificent carriage that, in reality, he does not own.

The arrival of the cavalry regiment livens up the dull and depressing town of B. Chertokutsky, a landowner and former cavalry, attends a party held by the general of the regiment. There, Chertokutsky brags about a marvelous carriage he owns, which costs four thousand rubles. However, he panics when the party guests visit his estate to look at the carriage. In reality, he owns nothing of the sort.

The town of B. is a drab, gloomy, and dull place until a cavalry regiment moves in. Gentlemen who live around the town start to pay visits to the cavalry officers, and the town becomes even more lively when the regiment general arrives and throws a dinner party.

One of the guests at the party is Chertokutsky, a landowner and former cavalry officer. Chertokutsky had been forced to resign due to a scandal. Despite the scandal, he is well-regarded by the community and marries a woman with a large dowry. However, the dowry was frittered away on six fine horses, some gilt bronze locks, a tame monkey, and engaging a French cook.

At the party, the general shows off his beautiful mare, drawing the admiration of the guests. Chertokutsky asks if the general owns a carriage worthy of the fine beast and brags that he owns an authentic Viennese Carriage, which costs four thousand rubles. He claims he won this carriage from a friend while playing cards.

The party guests desire to see the carriage, so Chertokutsky invites them to dinner at his estate the next day. When he arrives home, he falls asleep and is roused by his wife, who notices a line of carriages outside their estate.

Chertokutsky panics since he does not really own the magnificent carriage he bragged about. He orders the servants to tell the guests he is out for the day. The general and his officers are dismayed that Chertokutsky is not at home. But they want to see the splendid carriage, so they make their way to the carriage house. There, they find an ordinary carriage that bears no resemblance to the one Chertokutsky had described. They open the carriage’s apron, thinking it may hide something special. Instead, they find Chertokutsky hiding inside. The general exclaims, “Ah, you are here,” slams the door, and covers him up again.

Pythagoras Pythagoravich Chertokutsky – Chertokutsky is a landowner and former cavalry officer who was forced to resign over a scandal. He is a spendthrift who loves to show off.

The General – The General of the cavalry regiment stationed in the town of B. He is regarded well by his subordinates and has a deep bass voice.

“The Carriage” uses short sentences to convey as much information as possible concisely. A few details: the crumpled shirt fronts of the officers, the gambling, and the nonsensical behavior of the guests suggest the drunken atmosphere of the general’s party.

The story is an exemplar of Gogolian fiction with its absurdity, social satire, and dark humor. Often, characters engage in tasks that seem illogical; for example, the police chief cuts down all the trees in the town garden to improve the view. There is an emphasis on the theme of superficiality. The townspeople do not notice the cavalry regiment for their military merit but for their soldiers’ good looks, plumed hats, and impressive mustaches.

According to Garrard (1975), Gogol blurs reality in “The Carriage” by blurring the distinction between people and animals; and people and objects. People are often described by comparing them to animals or objects and vice versa. For instance, the mare the general owns is given a human name, “Agrafena Ivanovna,” referred to as ‘she’ and likened to a “Southern Belle.” 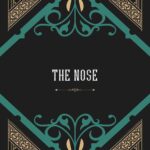 The Nose
Next Article 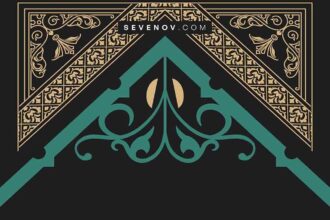