The Night Before Christmas by Nikolai Gogol

“The Night Before Christmas” (Ночь пе́ред Рождество́м, translit. Noch pered Rozhdestvom), also known as “Christmas Eve” or “The Night of Christmas Eve,” is a short story by Nikolai Gogol. It was first published in 1831 in the second volume of his short story collection, Evenings on a Farm Near Dikanka. The story revolves around Vakula, a blacksmith who tries to pursue a beautiful Cossack girl named Oksana. However, Oksana will not marry him until he brings her the Tsaritsa’s slippers, a task he can only accomplish with the help of the devil. As one of Gogol’s most fantastic and humorous tales, Christmas Eve has become the subject of many adaptations in film and opera.

Vakula, a blacksmith, is smitten with Oksana, a beautiful Cossack girl courted by all the village boys. However, Oksana will not marry him until he obtains the slippers of the Tsaritsa for her. To accomplish this seemingly impossible task, Vakula must enlist the help of the devil, who holds a grudge against him.

On the night of Christmas Eve, a witch flies across the sky. On this night, the devil is free to torment people, so he decides to get revenge on Vakula, a blacksmith who paints religious art in the church. The devil is dismayed by how Vakula made him look ugly in his paintings.

He knows that Vakula is in love with Oksana, a gorgeous Cossack girl courted by all the boys in the village. However, Vakula does not get along with Oksana’s father, Choub, and will not visit her when Choub is at home. Choub plans to go to a gathering at the sexton’s house that night with his cousin, Panas. Thinking that Choub will not leave his house if it is too dark, the devil steals the moon and hides it in his pocket.

Choub notices that the moon is not in the sky but decides to go to the gathering anyway. While Choub is not at home, Vakula comes to woo Oksana. Oksana mentions that Vakula’s mother, Solokha, is a witch.

Just then, the devil starts a snowstorm to make Choub turn back. Choub returns home, and Vakula answers the door. Not believing that Vakula would come to his house, Choub thinks he has stumbled upon another person’s house and leaves. Vakula goes back to Oksana’s side, and she says that she will not marry him unless he brings her the Tsaritsa’s slippers. Discouraged by this seemingly impossible task, Vakula goes back home.

The devil enters Solokha’s home through the chimney, and she hides him in a coal sack before three of her admirers, the mayor, the sexton, and Choub arrive in succession. When the sexton arrives, Solokha hides the mayor in a sack. Soon, Choub comes, and she hides the sexton in another sack. Finally, when Vakula, her son, returns, Solokha accidentally hides Choub in the same sack as the sexton.

Vakula thinks the three sacks are coal and carries them to his forge. He finds the sacks heavy and believes it is due to his decreased strength which he blames on Oksana for not loving him. He runs into Oksana, who mocks him. Distraught, Vakula runs away, threatening to kill himself.

Vakula is determined to obtain the Tsaritsa’s slippers so he can marry Oksana. Hence, he decides to seek the help of a Zaporozhian Cossack, Puzaty Patsyuk, who is in league with the devil. Vakula asks Patsyuk to help him find the devil, but Patsyuk tells him that the devil is already on his back. The devil climbs out of the coal sack on Vakula’s back, but Vakula grabs him by the tail and threatens to make the sign of the cross. Terrified, the devil agrees to help Vakula and flies him to St. Petersburg.

In St. Petersburg, Vakula is transported into the palace by the devil. Inside, he meets the Tsaritsa and flatters her slippers. Vakula’s flattery amuses her, and she gives him a pair of her slippers as a present. Meanwhile, Oksana is worried as the villagers have been spreading rumors that Vakula has killed himself. When Vakula finally returns, she is overjoyed and agrees to marry him even before he shows her the Tsaritsa’s slippers. Vakula and Oksana marry, and the story ends with a bishop passing by their beautifully painted house.

Vakula is a blacksmith who paints religious art in the village church. He is in love with Oksana and will do anything to marry her.

A beautiful Cossack girl loved by all the village boys. She will not marry Vakula unless he obtains the Tsaritsa’s slippers for her.

The Devil holds a grudge against Vakula for making him look ugly in his church paintings.

Choub is Oksana’s father and an admirer of Solokha, Vakula’s mother. He does not get along with Vakula.

Solokha is Valukha’s mother, a witch who can fly across the sky and has many admirers.

Panas, Choub’s cousin, goes with him to a gathering at the sexton’s house.

The queen of the Russian Empire. She gives Vakula a pair of her slippers when he amuses her with flattery.

The Lost Letter: A Tale Told by the Sexton of the N…Church
Next Article 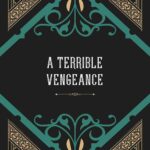