I Didn’t Get Over by F. Scott Fitzgerald

“I Didn’t Get Over” centers around the conversation between a group of war veterans. They are trying to figure out what happened to a friend who went missing during the war.

The story opens with a group of war veterans discussing their experience as soldiers during a college reunion. While they are conversing, another alumnus called Hibbings joins them. He brings up Abe Danzer, a friend who went missing during the war.

Hibbings explains that during the war, Abe was tasked by General Brown to ensure that the men crossed a river safely using a raft. However, General Brown overlooked the raft’s safety, leading to a few soldiers drowning. Abe’s quick-wittedness prompted him to organize the remaining soldiers to rescue those who had gone overbroad.

The army’s higher command came to know of this and planned to reward Abe. However, General Brown’s jealousy leads him to blame Abe for the incident, and Abe is sent to Leavenworth Prison, where he dies.

Soon, the men have to leave, and in a shocking plot twist, Hibbings reveals to the readers that he is General Brown.

“I Didn’t Get Over” is a cautionary tale about how one’s pride may lead to fatal consequences. The story also highlights the courage to admit one’s mistakes upon committing the error. Hibbings fails to do so and instead is overcome with jealousy, choosing to frame Abe.

4. Frequently Asked Questions about I Didn’t Get Over

Why is the meaning of the title I Didn’t Get Over?

The ambiguous title can mean several things, but the most relevant explanation is ‘getting over’ war trauma. 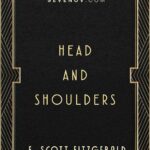 Head and Shoulders
Next Article 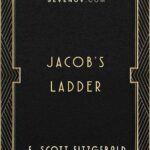